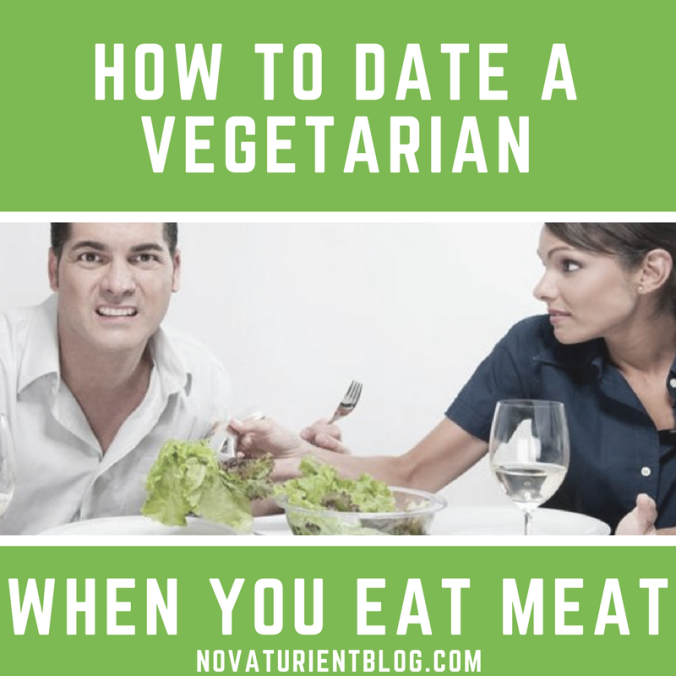 I have been a vegetarian for over four years now, and I don’t plan on going back to meat anytime soon. Over the past two years I also have been dating someone who does not enjoy the same diet as me and it works! Vegetarians and Meat-eaters can work out in the long run and it may not be as hard as you think.

A recent survey was done on a dating site which reveled that 30% of Meat-eaters would not date a Vegetarian or Vegan, which is lower than what I would have expected. I have plenty of friends and family members who have told me they couldn’t date a vegetarian, however it may not be as challenging as you might expect. Even though, it is important to share beliefs and practices with your partner, it doesn’t mean that if there is some variance that your relationship will be doomed or won’t last. With the help of my boyfriend (the Meat-eater) we devised a list of things to keep in mind and expect out of dating a Vegetarian.

1. You Don’t Need to Conform

2. Going Out to Eat Becomes a Chore

I have to admit, going out to eat as a vegetarian can be hard sometimes. Especially if you live in a rural or suburban area where every dish, even the salads contain meat. Be prepared to take time to look at menus online to make sure your SO has some options. Also, don’t assume that one option is enough.

Even though it takes forever to find a place to eat, your vegetarian partner will be very quick with ordering because the menu is cut down to less than 1/4 for options. I don’t know how I could decide on anything before I became a Vegetarian, goodness!

4. We are Cheap Dates

5. Don’t Forget About Us

When it comes to family functions, your work cookout, or your friend’s party make sure you either tell them that your SO doesn’t eat meat. We already know by now that we shouldn’t expect other people to go out of their way for us by buying veggie patties, clearing a spot on the grill, or something else. At least just make sure you are aware of the menu and will let your partner know if they should bring their own food.

6. We Won’t Steal Your Food

At least any food that is meat. However, if you have popcorn, fries, macaroni, etc. we definitely will steal it. My boyfriend doesn’t have to worry about me stealing his boneless wings which I know is a big plus for him.

7. “You won’t even tell the difference”

You have been warned. Be prepared to be offered various fake meats such as veggie bacon, beef less crumbles, and maybe even tofu. Most likely along with the phrase “Try it! You won’t be able to tell the difference!” Just go along with it. You might like it, you might not. You might not be able to tell the difference! But let’s be real…you probably will.

8. Some of us will cook up Bacon for you

Like I said before, if a vegetarian is okay with dating a meat eater, chances are they will be pretty lenient. For my boyfriend’s birthday I made him biscuits and gravy, and occasionally I will cook bacon for him. You still will be able to eat meat at home, and we might even prepare it for you.

9. Be prepared for criticism

Just like vegetarians face criticism for not eating meat, you may be faced with criticism for dating a vegetarian. You may be asked “How can you date him if he doesn’t eat meat?” “Don’t you worry about her health?” and all of the questions we face everyday.

Don’t wave meat in our face, ask us to change our diet, or criticize why we became vegetarians. Be respectful to us and we will work.

Meat eaters need to be respectful of vegetarians, but both go hand in hand. Your vegetarian SO should respect you as well. If your partner criticizes you for eating meat, tries to force you into vegetarianism, or tries to guilt trip you, they aren’t right for you.

Just to reiterate what I said before, there will be a lot of compromises when it comes to eating. Either going out, or making dinner at home. I don’t live with my boyfriend so I can’t be the spokesperson on this. But when it comes to dinner you may need to make either 2 separate meals or food that you can add meat to later like pasta, or tacos, or something like that.

Before we started dating, I told my Boyfriend that I was a vegetarian. I could tell instantly that he was not on board with that, however, after I explained to him that I don’t care what he eats and everything else he got over it and we have been dating ever since. If you are unsure about dating a vegetarian or a vegan, take a chance. Chances are it won’t be as bad as you thought and if it is, you have a fun break up story to tell. 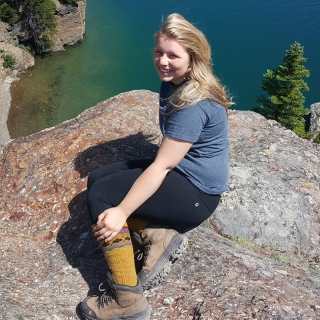